Few slots are as exciting to play as the Video slot machines, which have a lot more going on in terms of sounds, graphics, movement, more lines to play, more money to risk, and the payouts can be really big. Plus, the video slots offer a variety of bonuses and extra features that the mechanical slots do not offer. Video slot machines are a product of the computer age. They were first introduced in the mid 70’s, but weren’t played much at first, because they were so different from anything the players of the day had known. The era of the mechanical, single-payline 3 reel slots was changing as slots became more popular. And, as computers became more technically advanced, it followed that the computerized inner workings of video slots would also advance.

Now days, these types of slot machines are the newest, most advanced, state-of-the-art and highly popular slots on any casino floor. On the video screen, they can display five or six simulated reels, and typically will have nine to fifteen paylines, although there are newer ones that have as many as one hundred paylines. Playing these machines means playing for the entertainment value, of course, but mainly for the bonuses they offer when you hit the right symbol combinations. While there are other combinations that will payout small to medium wins, the bonus feature is the only chance a player has at a real big win.

Bonus wins will bring up any of a variety of bonuses, including “Free Games” ( or Free Spins), which is always fun, because it means a chance for you to win again while risking none of your own money, and often have the wins doubled, plus the bonus feature may usually be repeated during the free spins. “Respins” is a twist on the free spin feature, and gives the player one or two extra spins; and “Choose a Bonus”, where the player chooses from among several symbols on the screen that pops up when a bonus-winning combination is made, and one or more of these symbols will present a winning amount of credits.

There are other types of bonuses in the video slots, and more entertaining, enticing, and fantastic ones will be created in the years to come. There is more variety in presentation of the images and winning combinations in video slots than in any other type of game. 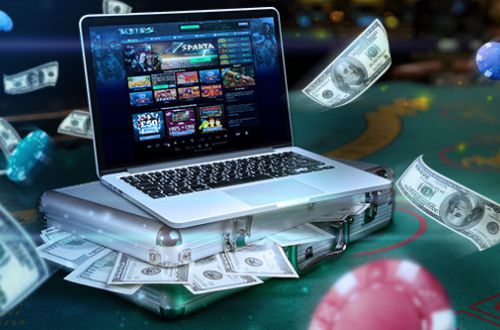 Video slots have also changed the method and amounts of betting. In the early days of the late 70’s and 80’s, players could alter their bets only by increasing the amount of credits (money bet) they played. Manufactures changed all this by making it possible for a player to increase the number of paylines in their game, as well as the number of credits bet, so that a player could greatly increase the bet amount per spin, and while risking more money per spin, also having a great potential at a really big win.

By doing this, however, the problem of the denomination to be bet had to be addressed as well. Since, in those days, quarters were the norm for making bets, the system had to change. So, because of the increase in number of paylines, the denomination could be lowered to nickels and pennies per payline, which made it more accessible to players. It used to be very hard to find a penny machine in any casino. But today, the penny video slot machines dominate most casinos.

Playing Online Craps And Get Bonuses